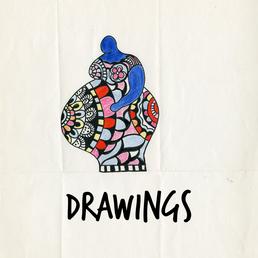 AIDS was--and remains--a global health crisis, one that has affected the lives of millions.  Little was known about the disease, however, when it was first identified in 1981.  In the mid-1980s, shortly after the first cases of AIDS were reported and identified, the French-American artist Niki de Saint Phalle (1930-2002) and her son Philip Mathews became interested and concerned with the disease after a number of her assistants and other close friends, including the artist Keith Haring (1958-1990), were infected.

Best known for her vibrant, playful, and often provocative sculptures and anthropomorphic architectural forms, Saint Phalle, under the suggestion of her Swiss immunologist, Dr. Silvio Barandun, collaborated on AIDS: You Can't Catch It Holding Hands, a book aiming to educate the public, and teenagers in particular, about the disease.  This first book was published in Europe and the United States in 1986 and 1987, respectively, where it was met with favorable reviews.  The aim was to widely disseminate the book in schools, libraries, museums, and art galleries; it was hoped that its simple yet serious message would not only educate the public but also dispel some of the hysteria and fear that had caused ostracizing and harsh treatment towards those that were diagnosed and suffering.  A second version of the book, on which Philip also worked, was published in 1990 with updated scientific information and content.  This new version was to be given away for free and was thus produced on cheaper paper and a smaller format.

In 1987 Philip Mathews proposed to Niki and Dr. Barandun that in order to reach a larger audience, he adapt the book into an animated film.  He subsequently produced a series of short films, each thirty seconds in length, which could be shown on television, in the cinema as part of trailers, and in other venues that could reach the widest audience possible.  Later he produced a longer seven-minute version filmed on 35mm film.  Plans to distribute the film in Africa (where AIDS is still a major health emergency) were also discussed.  Mathews directed and produced the film in New York.  Upon its completion in 1990 it was purchased by the governmental Agency francaise de Lutte Contre Le Sida (The French Association for the Fight Against AIDS).  It premiered in Paris at the Musee des Arts Decoratifs in 1990 and was later shown at that city's Museum of Science.

In celebration of the film's thirtieth anniversary, KAM is showing AIDS: You Can't Catch It Holding Hands for the first time in the United States.  The film will also be shown at MoMA PS1 as part of the exhibition Niki de Saint Phalle: Structures for Life (April-September 2020).  The current KAM exhibition, the first devoted to the project, presents original drawings by the artist, as well as animation cels and ephemera related to the film and its reception.

Born in Spain in 1955, Philip Mathews grew up in France.  While in the custody of his father, he spent much of his early years with his mother Niki de Saint Phalle and his stepfather, the Swiss kinetic sculptor Jean Tinguely (1925-1991).  He received his BS in Psychology from the University of Strasbourg, his Masters from Nanterre, and completed post degree studies in Anthropology at the Ecole Superior des Hautes Etudes, where he studied under Julian Pitt Rivers.  Mathews later studied film in New Mexico. He also worked at the studio of the Lena Barrier, and on documentaries for the German National TV station.  He currently lives and works in New York City with his wife and two sons. 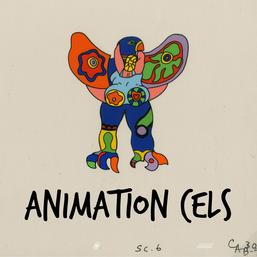 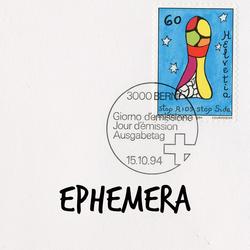